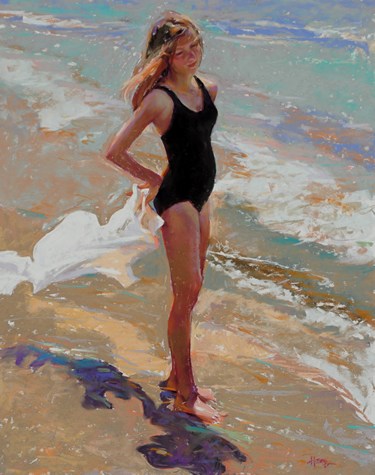 Bill was born in Detroit, Michigan in 1950. He earned his BFA at Wayne State University and studied illustration at the Center for Creative Studies, College of Art and Design in Detroit. For 17 years Bill produced illustrations for companies such as Readers Digest, Field and Steam Magazine, CBS-Fox Video and The Kennedy Center for the Performing Arts.

At the peak of a highly successful career in commercial art, Bill rededicated himself to fine art painting, intent upon building a new career which would allow him the freedom to grow artistically as well as spiritually. To further develop his artistic abilities, he enrolled in the Scottsdale Artists School in Arizona. There he studied under two master painters, Harley Brown and Dan Gerhartz.

Bill's work is dedicated to the art of plein air painting. For Bill it all makes sense; "A photograph freezes a moment in time. While, over a painting session everything is moving, changing... the artist as well as the subject. During that experience the work evolves, is dynamic and can take on the energies of life. Painting "en plein air" lifts my spirit. And in so doing it amplifies my recognition of a God given value and uniqueness in the world that surrounds me."

"Bill Hosner's many honors reflect his reputation as being among the world's finest plein air pastel painters. Painting from life, the integrity of Hosner's art, is never in question as he conveys through his works the evolving moods and dynamics that can be captured only through the art of plein air painting."

Pastel Society of the West Coast